People get into affiliate marketing to get rich.

Making a consistent $3,000/month is neat, but we’re in this for big money.

These numbers are all too real to affiliates who have been in the business for more than a second.

Once you understand the basics and are able to get your first campaign profitable, you’re closer to these figures than you think.

In this post, I’m going to explain some of the ways newbie affiliates can take their campaigns to sky-high levels and start playing with some real cash.

So you’ve launched your first few campaigns and you’ve been able to get to $10-20/day in profit between them.

It’s time to scale up.

Keeping things simple, let’s focus on two methods of expanding a campaign.  If you can stick to one of these you’re doing great,  but a mix of both is optimal. 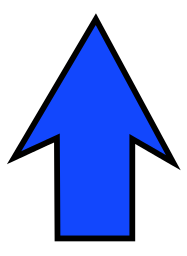 Scaling upward, squeezing every last drop of juice out of your traffic source and campaign.

Here’s an example of scaling vertically.

Affiliate X is running an adult dating campaign on TrafficJunky, and is making $150/day targeting only the US.  In order to expand, X tests out New Zealand, the United Kingdom, Australia and Canada,  adding $200/day in profit.  Then, X tweaks his ad which increases its CTR from 5% to 10%, doubling his revenue.  Finally, with the influx of new traffic, X gets a 10% pay bump.

Here you can see how much money you can suck out of a single campaign.

Now let’s break down each of these scaling factors individually.

Affiliates seem to think the only country that exists in the world is the US.  Yes, the US does have the most readily available traffic to affiliates, but it’s also typically the most expensive.

Scaling to other countries is an awesome way to take your campaign to the next level.

Start with expanding to other english speaking countries.  Going from the US to UK/CA/AU is easy, as the language is the same and the pre-sell will most likely not need much changing.  Also, most offers will accept these countries’ traffic, so you don’t even need to grab a new affiliate link.

Once you expand to all of the countries in a specific language, get a translator and scale more.

There are offers for every country, and affiliates need to take advantage of this.

Traffic from Mexico, Spain, Colombia, and other Spanish speaking countries can be dirt cheap.  Sometimes, these countries will actually be the most profitable because the offer payouts are similar to their English versions, but the traffic is so much cheaper that your ROI skyrockets.

Don’t stop there.  There is a huge market in the Netherlands, Japan, Malaysia and Singapore.  Advertisers will often pay a premium for traffic from these countries.

Squeeze as much as you can out of your banners and landing pages/pre-sells.

Tweak your ad text and creatives to optimize your CTR, and your landers to maximize your conversion rate.

The cheaper your clicks are, the higher your ROI will be.

Constantly tweak your ads to see how high you can get the Click Through Rate.

On CPC networks, if you can raise your CTR, the network will often reward you with more traffic.  Since a CPC ad network only gets paid when your ad gets clicked, they want ads with high CTR’s because they generate more revenue for the network.

Both your interstitial landing page and the actual offer page can be optimized as well.  If you have a solid relationship with your network or advertiser, you can work with them to improve not only the offer’s landing page, but even the back-end sales funnel.

If you open your campaign up to new countries and some aren’t profitable, cut them out.  Lean campaigns are good campaigns, dealing with demographics that don’t have potential is a waste of resources.

Don’t spend time and energy expanding campaigns that are hopeless.  Focus on growing your winners.

If you’re sending quality traffic, negotiate with your affiliate network for a higher payout.  Every penny you can get on top of your starting payout is profit.

Having a higher payout can also give you the opportunity to raise your advertising budget.

Being able to bid higher on your traffic can let you buy more. Having a higher payout gives you an advantage over other affiliates, because you are able to spend more on traffic.

If you’re getting paid $7/lead and they’re getting $5.50, they might only be able to bid $.30/click, where you can bid $.35/click.  In this case, you’re going to be scoring all the traffic on that particular ad network.

Some niches, like health and diet, have offers that are stitched together, known as “Step 1 and Step 2” pairs.

Example:  Affiliate A is running GarciniaSlim (Step 1) paying $40/trial.  The advertiser that owns GarciniaSlim also owns KetoneMax (Step 2), a different diet offer paying $35/trial.  These two products are meant to be used in tandem, so the advertiser pairs them together, meaning that after the user purchases GarciniaSlim, they are presented with the option to purchase KetoneMax as well.  Affiliate A’s potential earnings per user is now $75 utilizing this pair.

Pairing offers is extremely powerful.  If you’re not profitable running a Step 1 alone, simply adding the Step 2 with no additional changes can instantly bring you into profitability. 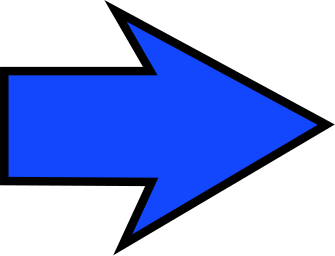 Vertical scaling is a focus on quality, making one campaign as efficient and effective as possible.

Horizontal expansion is a focus on quantity, cranking out as many f*cking campaigns as possible.

This can be done through simply multiplying a campaign across as many traffic sources as possible, while also testing multiple offers.

Traffic sources only have so much volume.  If you’re running a relatively small niche, it’s completely possible to simply buy up all the traffic a site has to offer for that keyword or demographic.

Testing out new sources that are similar to your original one should be an easy transition.  If you’re running PPC/PPM, you can use the same headlines, ad text or banners on the new source, regulations permitting.

Beware though, some traffic sources are more expensive than others, so a campaign that’s profitable on Bing Search might not be on Google AdWords.

If a free iPad email submit is converting, do you think a free iPhone 6 will?

Don’t just experiment with different brands either.  If your traffic is high quality, test out different revenue models.  You may be missing out on extra money if your EPC would be higher with a CPS offer rather than CPL, or vice versa.

It may sound obvious, but having a lot of campaigns running at once isn’t always a walk in the park.  Scratch that; it never is.

But, diversification is safety in a sense.  If you lose one of your five campaigns, you still have ~80% of your traffic/revenue.  If you’re only focusing on one campaign and a server goes down or it otherwise malfunctions, you’ll plummet back to zero real quick.

I hope this post helped you at least a bit in trying to scale your campaigns.

There was a lot of info that I didn’t get to, but on a micro level, this is a pretty good start for the newbie who just got profitable and wants to start making some serious cash.